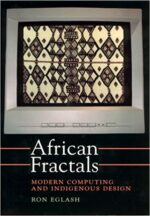 The Storm of Creativity

By Kyna Leski (2015)
Although each instance of creativity is singular and specific, Kyna Leski tells us, the creative process is universal. Artists, architects, poets, inventors, scientists, and others all navigate the same stages of the process in order to discover something that does not yet exist. All of us must work our way through the empty page, the blank screen, writer’s block, confusion, chaos, and doubt. In this book, Leski draws from her observations and experiences as a teacher, student, maker, writer, and architect to describe the workings of the creative process.

By Krzysztof Wodiczko (1999)
Krzysztof Wodiczko, one of the most original avant-garde artists of our time, is perhaps best known for the politically charged images he has projected onto buildings and monuments from New York to Warsaw–images of rockets projected onto triumphal arches, the image of handcuffed wrists projected onto a courthouse facade, images of homeless people in bandages and wheelchairs projected onto statues in a park from which they had been evicted. Critical Vehicles is the first book in English to collect Wodiczko’s own writings on his projects. Wodiczko has stated that his principal artistic concern is the displacement of traditional notions of community and identity in the face of rapidly expanding technologies and cultural miscommunication. In these writings he addresses such issues as urbanism, homelessness, immigration, alienation, and the plight of refugees. Fusing wit and sophisticated political insight, he offers the artistic means to help heal the damages of uprootedness and other contemporary troubles.

By Donald Albrecht, Ellen Lupton, Mitchell Owens, and Susan Yelavich (2003)
Inside Design Now takes the pulse of American design in the new millennium, providing a fascinating tour of cutting-edge trends in architecture, interiors, landscape, fashion, graphics, and new media.
Featuring eighty emerging and established designers – including 2 x 4, Mike Mills, Peter Eisenman, Fuse Project, Tod Machover, Paula Scher, Jennifer Siegal, and Isaac Mizrahi – Inside Design Now illustrates the most innovative and provocative thinking in design today. Each designer’s work is presented with a double-page spread and a series of full-color images. Essays explore the role of the designer in today’s culture, contemporary ideas of beauty and functionality, and what the future holds in the realm of design. Sensuous materials, lush patterns, and exquisite details come together with new technologies, pop imagery, and fresh approaches to scale, color, and construction in the works reproduced in this volume.

By Italo Calvino (1972)
“Kublai Khan does not necessarily believe everything Marco Polo says when he describes the cities visited on his expeditions, but the emperor of the Tartars does continue listening to the young Venetian with greater attention and curiosity than he shows any other messenger or explorer of his.” So begins Italo Calvino’s compilation of fragmentary urban images. As Marco tells the khan about Armilla, which “has nothing that makes it seem a city, except the water pipes that rise vertically where the houses should be and spread out horizontally where the floors should be,” the spider-web city of Octavia, and other marvelous burgs, it may be that he is creating them all out of his imagination, or perhaps he is recreating details of his native Venice over and over again, or perhaps he is simply recounting some of the myriad possible forms a city might take.

Saarinen House and Garden: A Total Work of Art

Edited by Gregory Wittkopp and Diana Balmori (1995)
Certainly one of the most overlooked works of modern architecture, the Saarinen house, which this book documents in splendid detail, is perhaps the crowning work of Finnish architect Eliel Saarinen during his years at Cranbrook. Thanks to the recent restoration of the house and garden, we can now see his vision of TOTAL design; from the flatware to the tapestries to the furniture to the door handle to the landscape.

Edited by Robert Clark and Andrea Belloli (1984)
As Neil Harris explains in one of the book’s most interesting essays, Cranbrook derived from the arts and crafts movement that started in mid- 19th-century England as a reaction against shoddy industrial output and that, spreading speedily through northern Europe, resulted in the foundation of several schools aimed at reforming design by relating it more to art and life.

The Cranbrook complex, consisting of a church, schools for children, residences, studios and workshops, took about nine years to complete, by which time it had become – not an art school, but, in the words of the architect Eliel Saarinen, ”a working place for creative arts.” The emphasis, says Robert Judson Clark in his essay, was more on ”place, people and experience than on curriculum and methods.” Still, during World War II, this shifted to more orthodox concerns – credits, degrees and specific courses in, for instance, industrial design.

The influence of the Saarinens diminishes as the first generation of Cranbrook students comes of age, in the 1940s. The students include Ray and Charles Eames, represented by architecture and furniture; Florence Knoll, with interiors, and Harry Bertoia, with welded-metal sculptures.

The Poetics of Space

b>By Gaston Bachelard (1964)
The classic book on how we experience intimate spaces. A magical book. A prism through which all worlds from literary creation to housework to aesthetics to carpentry take on enhanced—and enchanted-significances. Every reader of it will never see ordinary spaces in ordinary ways. Instead the reader will see with the soul of the eye, the glint of Gaston Bachelard.

Edited by Herbert Bayer, Walter Gropius, and Ise Gropius (1938)
Over seventy years after its foundation in Weimar, the Bauhaus has become a concept all over the world. The respect which it commands is associated above all with the design it pioneered, one which we now describe as “Bauhaus style”. The teachers at the Bauhaus included the leading artists of the times, among them Wassily Kandinsky, Lyonel Feininger, Paul Klee, and Oscar Schlemmer. The teaching strategies developed were adopted internationally into the curriculum of art and design institutes.