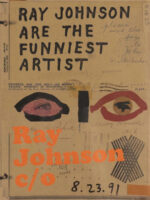 Ray Johnson (1927–1995) was a renowned maker of meticulous collages whose works influenced movements including Pop Art, Fluxus, and Conceptual Art. Emerging from the interdisciplinary community of artists and poets at Black Mountain College, Johnson was extraordinarily adept at using social interaction as an artistic endeavor and founded a mail art network known as the New York Correspondence School. Drawing on the vast collection of Johnson’s work at the Art Institute of Chicago, this volume gives new shape to our understanding of his artistic practice and features hundreds of pieces that include artist’s books, collages, drawings, mail art, and performance documentation. 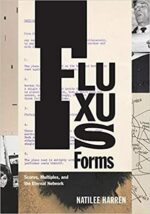 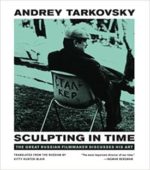 In Sculpting in Time, Andrey Tarkovsky has left his artistic testament, a remarkable revelation of both his life and work. He sets down his thoughts and his memories, revealing for the first time the original inspirations for his extraordinary films.

The Print Before Photography: An Introduction to European Printmaking 1550 – 1820

A landmark publication — beautifully illustrated with over 300 prints from the British Museum’s renowned collection — which traces the history of printmaking from its earliest days until the arrival of photography. Copperplate printmaking, developed alongside Gutenberg’s invention of moveable type, was a huge business employing thousands of people, and dominating image production for nearly four centuries across the whole of Europe. Its techniques and influence remained very stable until the nineteenth century, when this world was displaced by new technologies, of which photography was by far the most important. Print Before Photography examines the unrivaled importance of printmaking in its golden age, illustrated through the British Museum’s outstanding collection of prints. This unique and significant book is destined to be a leading reference in print scholarship, and will be of interest to anyone with an interest in this era of art history.

Engraving and Etching, 1400-2000: A History of the Development of Manual Intaglio Printmaking Processes

By Ad Stijnman (2012)
This book surveys the history of the techniques of engraving, etching and plate printing – i.e. that of manual intaglio printmaking processes – from its beginning in the 1430s until today. These developments are observed in the light of the coherence between the technique of the intaglio print (such as its materials and methods of production); the ‘style’ or outward appearance of the print; the creator of the print; and the fashion typical of a particular social group, place and time. Economic, educational and social aspects are discussed, as well as the worldwide dissemination of the trade of intaglio printmaking.

The author shows how intaglio printmaking developed steadily from the mid-fifteenth century, with the invention of the roller press and the etching of printing plates. By 1525 intaglio printmaking techniques could be said to have reached maturity and spread east and west following the European trade routes and colonisation. Further developments in plate-making resulted from a series of inventions and reinventions. After the abolition of the guilds on the European continent around 1800, and the introduction of photography and the expansion of the graphic industry, the engraving of images became a mere mechanical procedure. The handcrafted print made way for the large-scale mechanised graphic industry which emerged in the middle of the nineteenth century. Consequently artist-etchers withdrew to an elite position to concentrate on the manual aspects of printmaking, which is the situation today.

Mass Effect: Art and the Internet in the Twenty-First Century

Edited by Lauren Cornell and Ed Halter (2015)
Since the turn of the millennium, the Internet has evolved from what was merely a new medium to a true mass medium – with a deeper and wider cultural reach, greater opportunities for distribution and collaboration, and more complex corporate and political realities. Mapping a loosely chronological series of formative arguments, developments, and happenings, Mass Effect provides an essential guide to understanding the dynamic and ongoing relationship between art and new technologies.

The Information: A History, A Theory, A Flood

By James Gleick (2011)
Acclaimed science writer James Gleick presents an eye-opening vision of how our relationship to information has transformed the very nature of human consciousness. A fascinating intellectual journey through the history of communication and information, from the language of Africa’s talking drums to the invention of written alphabets; from the electronic transmission of code to the origins of information theory, into the new information age and the current deluge of news, tweets, images, and blogs.

The Gutenberg Revolution: How Printing Changed the Course of History

By John Man (2009)
In 1450, all Europe’s books were handcopied and amounted to only a few thousand. By 1500, they were printed and numbered in their millions. The invention of Johann Gutenberg had caused a revolution: printing by movable type. Born in 1400 in Mainz, Germany, Gutenberg struggled against a background of plague and religious upheaval to bring his remarkable invention to light. His story is full of paradoxes: his ambition was to reunite all Christendom, but his invention shattered it; he aimed to make a fortune, but was cruelly denied the fruits of his life’s work. Yet history remembers him as a visionary; his discovery marks the beginning of the modern world.

Chronophobia: On Time in the Art of the 1960s

By Pamela Lee (2004)
Despite its pervasiveness, the subject of time and 1960s art has gone largely unexamined in historical accounts of the period. Chronophobia is the first critical attempt to define this obsession and analyze it in relation to art and technology.Lee discusses the chronophobia of art relative to the emergence of the Information Age in postwar culture. The accompanying rapid technological transformations, including the advent of computers and automation processes, produced for many an acute sense of historical unknowing; the seemingly accelerated pace of life began to outstrip any attempts to make sense of the present. Lee sees the attitude of 1960s art to time as a historical prelude to our current fixation on time and speed within digital culture.